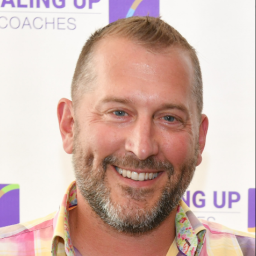 We’ve Reached a Stalemate, Time for a New Game

A few hours ago I finished a call with my mother. It was the same call I’ve had with her and countless other peers in the last few years, with increased frequency. I’m 100% certain this topic will come up again in the next few days. What’s the topic? Our divide. The truth is nearly any meaningful societal or global topic has become so polarized that we are now unable to understand the “other side.”

We are unable to listen and talk through our differences. We focus instead on the differences themselves, rather than looking for commonalities and understanding on why we can’t agree. Even when a person seems to listen, they are not hearing what is being shared, because they’ve tuned out everything which contradicts their views. Instead everyone is listening for their chance to speak, for the next thing to refute or dispute.

I’m not sure if the problem is our collective values, our education system, our media, etc. We’ve reached a stalemate. In the past, we humans, have solved stalemates with the tools of war, by beating the loser into submission physically, economically, politically, you name it. It’s my hope we don’t go down that path again and I believe given the nature of some of our global challenges, war isn’t an option. So what is an option? How do we change the dialog and break the stalemate?

We level-up our consciousness.

Okay, when I shared that I’m fairly confident that a number of you went “oh, George just went woo-woo on us,” or “he’s lived in Boulder too long, come back to reality George,” If you did think that, I understand, but bear with me just a bit longer. I’ll quote Einstein for assistance, “no problem can be solved from the same level of consciousness that created it.” If the idea of leveling-up our consciousness bothers you, it should. Anytime we’re confronted with changing our ways we naturally resist it, dismiss it and then laugh or chase it away. I’m asking you not to.

I’m a firm believer there is more that binds us than pulls us apart, and next-level consciousness is the binding agent we’re going to need. Trying to articulate a new form of consciousness to the level of consciousness getting replaced is beautifully articulated by Edwin Abbot’s in 1884 in “Flatland: A Romance of Many Dimensions.” Jay Gordon Cone paraphrases the essence below:

Abbott provided an elegant analogy to explain how our frames of reference influence what we claim to know. The narrator of Flatland is a square, literally. In the first part of the book, the square describes for us life on a two-dimensional plane. One day the square is visited by a sphere, a three-dimensional occupant of Spaceland, and his life is turned inside out.

Imagine the experience of encountering a three-dimensional entity from the perspective of a sentient two-dimensional figure. When the sphere speaks, the square hears a voice that seems to come from all directions at once. From the vantage point of three dimensions, the sphere can see the inside of the buildings as well as insides of the inhabitants of Flatland. When the sphere gently touches the interior of the square, the square experiences the interaction as a sharp sudden pain in his gut. In an attempt to describe the nature of three-dimensional objects to the square, the sphere passes through the plane of Flatland. From a Flatland worldview, the intersection of the two worlds looks like a point that turns into a circle. The circle grows in size, then shrinks to a point and disappears.

For the square, knowledge of three dimensions gets constructed through interactions with the sphere. At first, the square ascribes unnatural powers to the sphere, “’Monster,’ I shrieked, ‘be thou juggler, enchanter, dream, or devil, no more will I endure thy mockeries’” (1884, p. 75). The square has no choice but to build an understanding of his encounter with a three dimensional object from his two-dimensional paradigm. Eventually the sphere disenthralls the square from both his plane and from his frame-of-reference by transporting him into space, “I shrieked aloud in agony, ‘Either this is madness or it is Hell.’ ‘It is neither,’ calmly replied the voice of the Sphere, ‘it is Knowledge…’” (pp. 77 – 78).

We are the Square that needs to become the Sphere. How we get there, I’m not exactly sure, but I’m curious to apply my time and energy in the following areas to see what they uncover, rather than continuing to lock horns in a stalemate. The two areas of highest curiosity, psychedelics and integral theory.

Oh, did I lose you again? Speaking from personal experience these drugs have the ability to unlock the mind in ways that science is only starting to understand. Our ancestors across the globe understood the gift of psychedelics in unlocking our potential, and I’m excited about their re-emergence to the World stage.

I’ve been a lifelong fan of the work of Ken Wilbur and his integral “theory of everything” approach.

Integral theory, as described by the contemporary American philosopher Ken Wilber, is essentially a philosophical map that brings together more than 100 ancient and contemporary theories in philosophy, psychology, contemplative traditions, and sociology. Rather than attempting to describe “the one correct view,” Integral theory attempts to describe a framework for understanding and valuing the perspective of each theory and philosophical tradition and understanding how they relate to one another. Through this respectful and integrating worldview, Integral theory recognizes the evolutionary impulse that incorporates, rather than devalues or destroys, previous perspectives.

While it’s not without it’s flaws and critiques, I believe Integral Theory could be one of many theories that help us integrate all our disciplines into a unified approach.

With that being said, I’m interested in the following topics from an integral lens:  1) Theoretical vs. Applied 2) Need for a Holistic Approach 3) Applying this to a Business Model 4) What does it take to Change? 5) A look at “Paradigm Shifts” 6) Psychedelics, using it as a tool to help unlock and shift consciousness

My schedule has slowly been opening up and I will have more free time as well.  I’ll talk about this more soon, but for now I would love everyone’s input and participation in this process.  Would love to hear your thoughts and experiences, as well as the books you’d recommend!

“The biggest communication problem is we don’t listen to understand. We listen to reply.”

I use my 20+ years of entrepreneurial experience and training to coach businesses on scaling up rapidly using Verne Harnish's Scaling Up framework. By doing so, my clients are more efficient and profitable, giving them the ability to make bigger impacts in the world.

I deeply believe entrepreneurs are the best equipped to be the vehicle for meaningful change, and in the decade ahead, we'll see a substantial shift in how business is done. We'll move to a model where company purpose, impact, curiosity, and team health will be differentiators in overall business success. As Simon Sinek has pointed out, the finite games are the legacy of the past; we're moving to an infinite game.

Attend the Next Scaling Up Workshop

Learn how to apply various Scaling Up tools to rapidly scale your business.

The Stress You Need

What does your DISC profile say about your ability to set large goals?

What is a BOS?

Please log in again. The login page will open in a new tab. After logging in you can close it and return to this page.